Want to be part of something big? Become a CapitalNurse!

At some point in their life, everyone living in London will need a nurse. With a population of over 9 million, that’s a lot of people to look after. Which is why CapitalNurse’s vision to ‘get nursing right for London’ – and your role within that – is so important. Better for London… Everyone knows that ‘together, we are stronger’, and this ethos is at the heart of CapitalNurse. By bringing together some of London’s biggest NHS Trusts under one big umbrella, CapitalNurse has greater power to ensure that London has the right number of nurses with the right skills, working to deliver excellent nursing care, wherever it is needed. No competition between Trusts, just one collaborative effort. As part of this, CapitalNurse has established an International Nurse Recruitment Consortium – and they’ve invited us here at Neu Professionals to help them. Having a pan-London overseas recruitment programme means all the Trusts involved can benefit from having a shared approach to welcoming, training, and developing nursing staff from countries throughout the world. And this, in turn, means they’re all better placed to offer outstanding care to the communities they serve. Better for you… As a CapitalNurse, you can be confident that you will enjoy exactly the same advantageous benefits package as every other CapitalNurse, regardless of which Trust you are employed by. You needn’t fight for a job with the ‘best’ Trust; once you’ve been accepted as a CapitalNurse, they allocate a Trust and then help you to settle in, grow your skills, and even reach new professional heights!
Tell me more about CapitalNurse 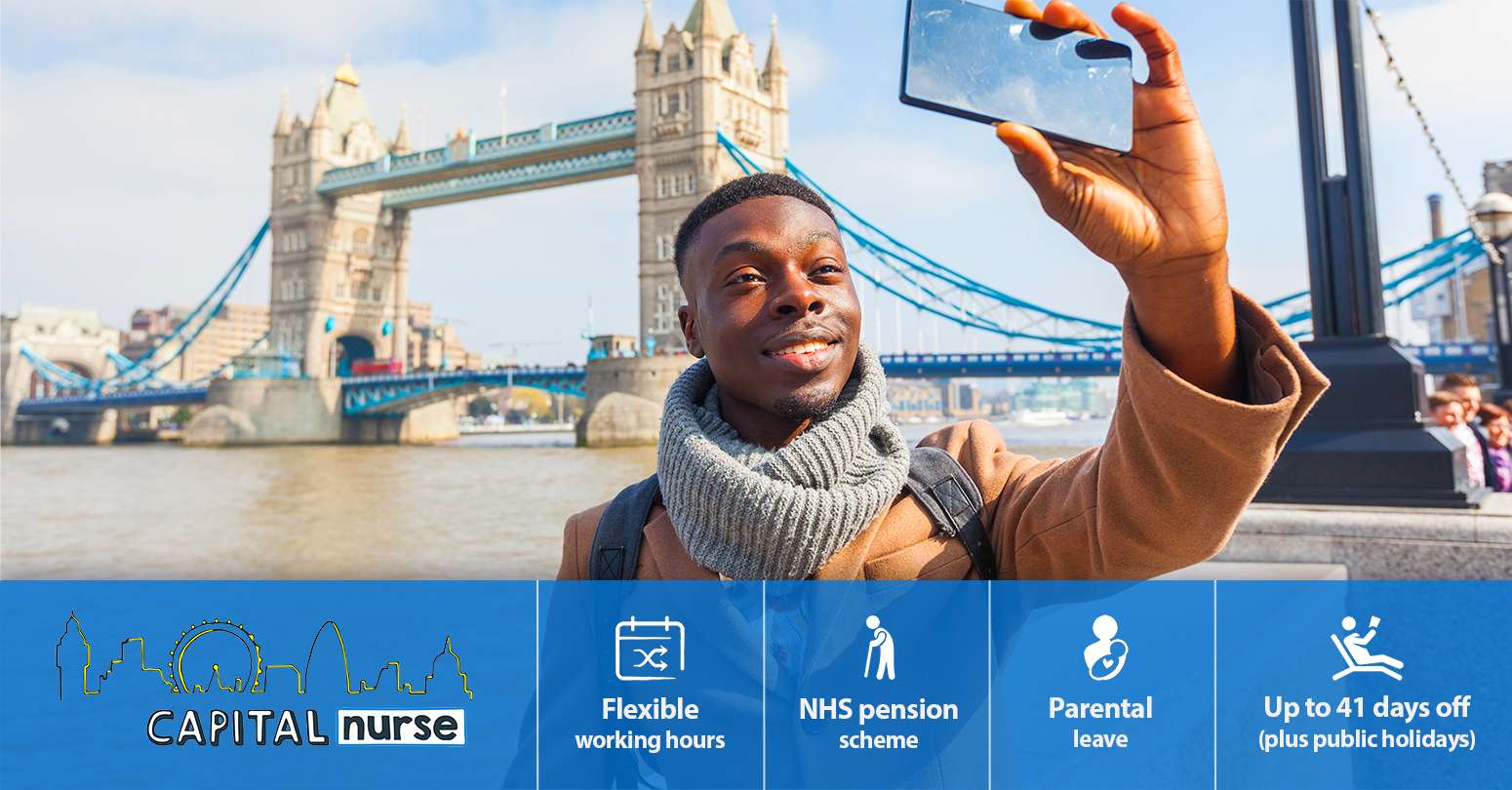 It’s not only the benefits package and training that are applied equally to all nurses. CapitalNurse is committed to ethical recruitment practices, just like us here at Neu Professionals (that’s one reason why they chose to work with us), ensuring that all their candidates are treated with fairness, respect and transparency throughout the application process. Like us, they also follow the Department of Health and Social Care UK Code of Practice (CoP) for international recruitment.

Whether you’re an ambitious nurse who’s keen to progress to a more senior role, or you have a partner or spouse who’s looking for a new career, there could be no better place to do it than London. Promotions and job opportunities at all levels abound in this cutting-edge and fast-moving city. With a large number of ‘University’ hospitals in the capital, there’s are also plenty of highly sought-after training opportunities that you’ll be able to access easily.

Of course, there are lots of other reasons to live and work in London, too. As one of the most exciting cities in the world, the capital of England offers every kind of entertainment imaginable, along with a mind-blowing array of attractions, landmarks and places of historical significance. You’d be surprised by how much sightseeing you can do simply by walking around the capital!

London is also one of the most multicultural cities in the world, with more than 200 languages being spoken by its inhabitants, and every type of cuisine on offer at its many restaurants, markets and food stores. In fact, some of our nurses describe the area they live in as a real ‘home from home’, with friends and neighbours who share their cultural heritage, and local events that bring the community together. London prides itself on its diversity, as do its NHS Trusts!

Location and cost of living

The Trusts involved in the CapitalNurse Overseas Recruitment Consortium are all located within the London area and the iconic city centre of the capital is easily accessible by Underground or other public transport. Because of the excellent transport links, very few people in London have their own car, but there are plenty of car sharing schemes in the city, should you ever need one.

City centre aside, London has 33 districts, each with its own unique character and assortment of shops and amenities, schools and recreational areas, which means there are plenty of areas for you to choose from when it comes to finding the right one for you and any family members who might be joining you. You might even get some extra help with the cost of living, with many nurses working in the capital being given an additional allowance that’s often referred to as ‘London weighting’.

If you want to know more about the cost of living in London and other information about moving to the city, you might find the following links helpful:

We use cookies on our website to give you the most relevant experience by remembering your preferences and repeat visits. By clicking “Accept All”, you consent to the use of ALL the cookies. However, you may visit "Cookie Settings" to provide a controlled consent.
Cookie SettingsAccept All
Manage consent

This website uses cookies to improve your experience while you navigate through the website. Out of these, the cookies that are categorized as necessary are stored on your browser as they are essential for the working of basic functionalities of the website. We also use third-party cookies that help us analyze and understand how you use this website. These cookies will be stored in your browser only with your consent. You also have the option to opt-out of these cookies. But opting out of some of these cookies may affect your browsing experience.
Necessary Always Enabled
Necessary cookies are absolutely essential for the website to function properly. These cookies ensure basic functionalities and security features of the website, anonymously.
Functional
Functional cookies help to perform certain functionalities like sharing the content of the website on social media platforms, collect feedbacks, and other third-party features.
Performance
Performance cookies are used to understand and analyze the key performance indexes of the website which helps in delivering a better user experience for the visitors.
Analytics
Analytical cookies are used to understand how visitors interact with the website. These cookies help provide information on metrics the number of visitors, bounce rate, traffic source, etc.
Advertisement
Advertisement cookies are used to provide visitors with relevant ads and marketing campaigns. These cookies track visitors across websites and collect information to provide customized ads.
Others
Other uncategorized cookies are those that are being analyzed and have not been classified into a category as yet.
SAVE & ACCEPT